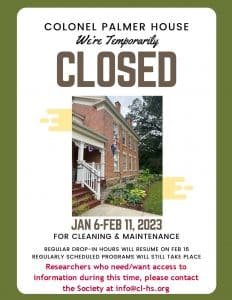 2010: 19th Century Mourning Rituals and Beliefs on Death and Dying

A sold-out crowd enjoyed some historic fall fun at the Colonel Palmer House. Volunteers from the Crystal Lake Historical Society presented a factual and sometimes humorous look at the customs and superstitions that were part of the Victorian mourning process. Guests entered the pre-Civil War home which was staged for the loss of a loved one who has “crossed over the deep river” as the Victorians called it. The performance began in the cellar and then moved through the rooms of the home. Living history interpreters portayed such early residents as a preacher, an undertaker, a spiritualist, a grieving widow, a medical doctor, and a photographer. At the end of the tour, there was a presentation on the meanings of symbolisms and inscriptions found on the headstones of the period. 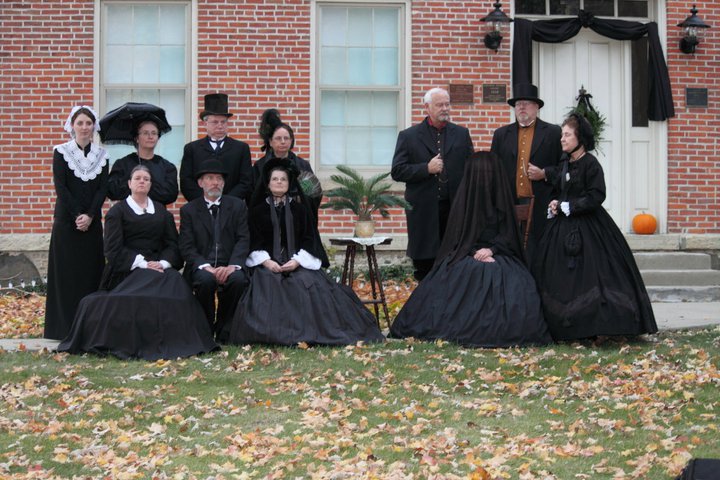 2011: Scandal, Vengeance, and an Untimely Death

Dearly Departed took on a new direction, depicting a true story from Crystal Lake’s past. Guests travelled through the Colonel Palmer House with each room set up to reveal part of the story. Historians enacted a wake and investigation into the circumstances which caused an untimely death in our community. A local scandal from 1879 unfolds as you move through the historic home. Guests were able to meet 19th century community members, be part of an inquest, and then visit the fortune teller to learn of the final outcome. 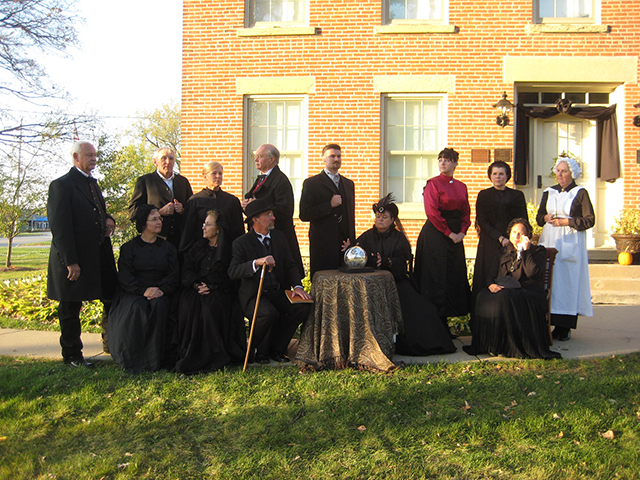 A major mystery in the 1920’s gave the local townspeople plenty to speculate about. A body was found floating in Crystal Lake!! How did it get there? Who was the victim? Was a crime committed? It was during this time of prohibition that the underworld, corruption, and sale of bootleg alcohol became part of our residents’ lives–even in McHenry County. Guests became part of the story as they moved through the historic home and met with early 20th century residents as they reveal the facts of the matter. 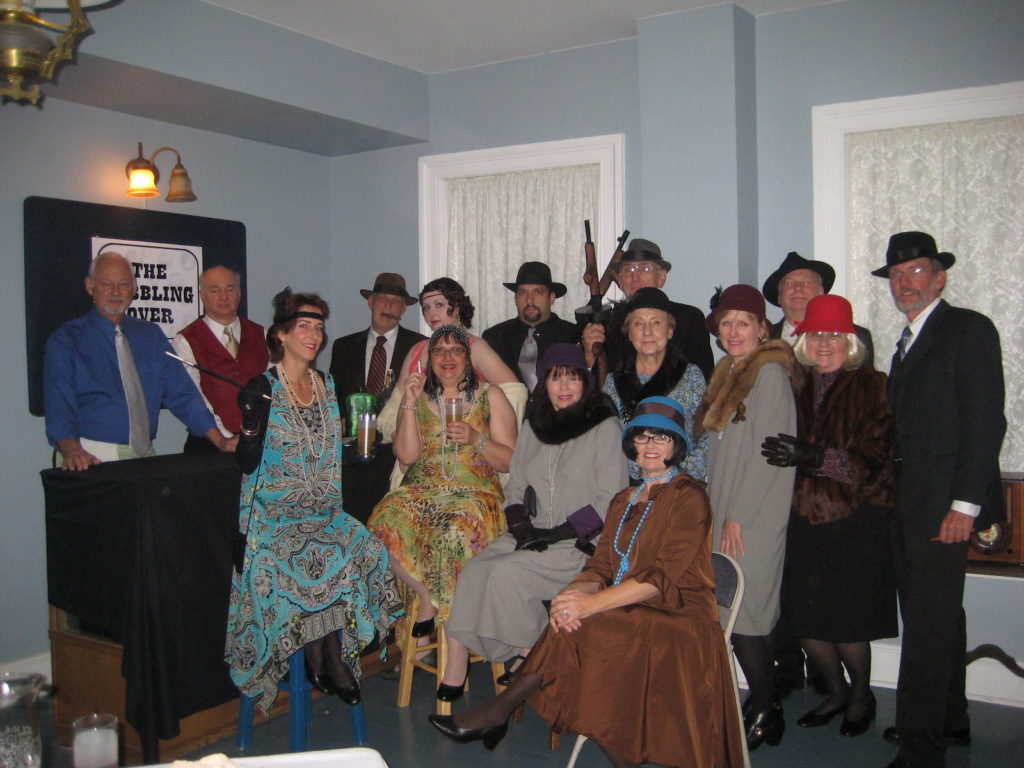 The crystal-clear water of our spring-fed lake produced some of the finest ice in northern Illinois. During the winter months, ice was cut from the lake and stored in large ice houses.
Each winter, the ice harvest at Crystal Lake employed hundreds of local men. These men risked their lives by using dangerous tools and equipment in sub-zero temperatures on the frozen lake. Many accidents occurred–some more serious than others.
This year’s Dearly Departed was a re-creation of one such tragic accident. 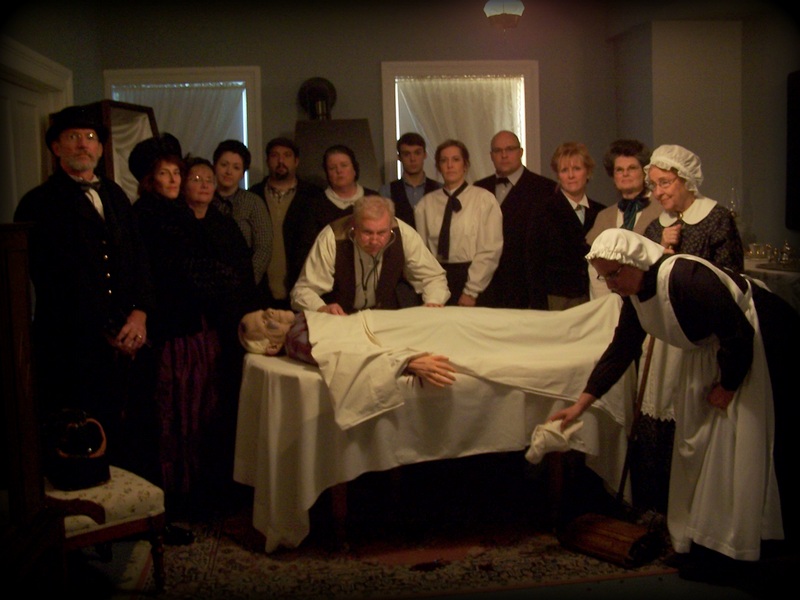 “Dearly Departed” continues as a re-telling of a real-life story from Crystal Lake’s past. This year’s story took place in December 1878, when a local farmer made a gruesome discovery. A charred body was found near a burned-out haystack on his property! Was it murder? An accident? Guests were able to join us as we re-created that ill-fated December evening and solved the Case of the Burned Body. 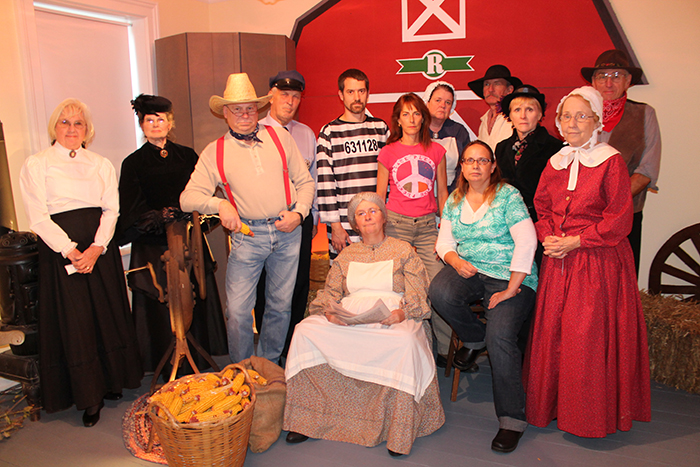 This year’s production of “Dearly Departed: A Contagious Catastrophe” took place in the winter of 1918-1919, shortly after the end of WWI. Returning soldiers have brought the deadly Spanish Influenza home to Crystal Lake. As the disease spreads throughout the community, many local families are affected. Meet many of these families and hear their tragic stories. Never assume to know it all at “Dearly Departed” — guests were treated for an unexpected ending! 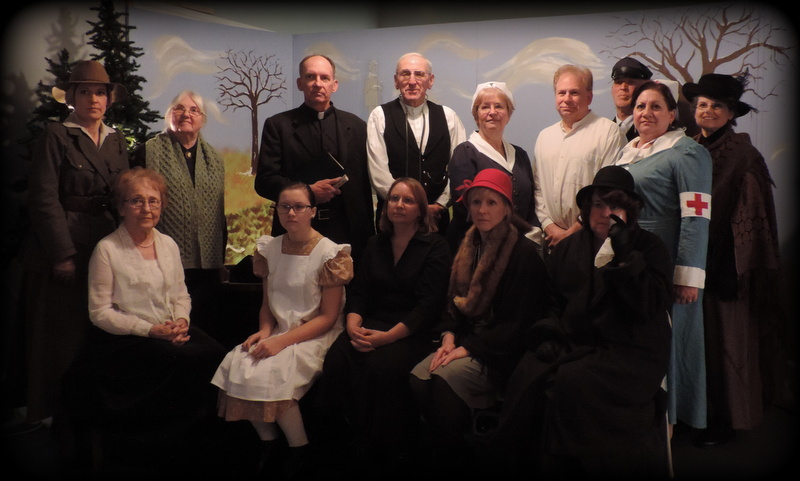 It is the Fall of 1915 and mystery is in the air in the small close-knit town of Crystal Lake. A young bride receives threatening letters and then a suspicious package in the mail.
The tale unfolds and becomes even more mysterious before being solved. Guests travelled from Williams Street to a sanitarium on Hillside Road with a few other stops along the way—all in the comfort of the Colonel Palmer House! 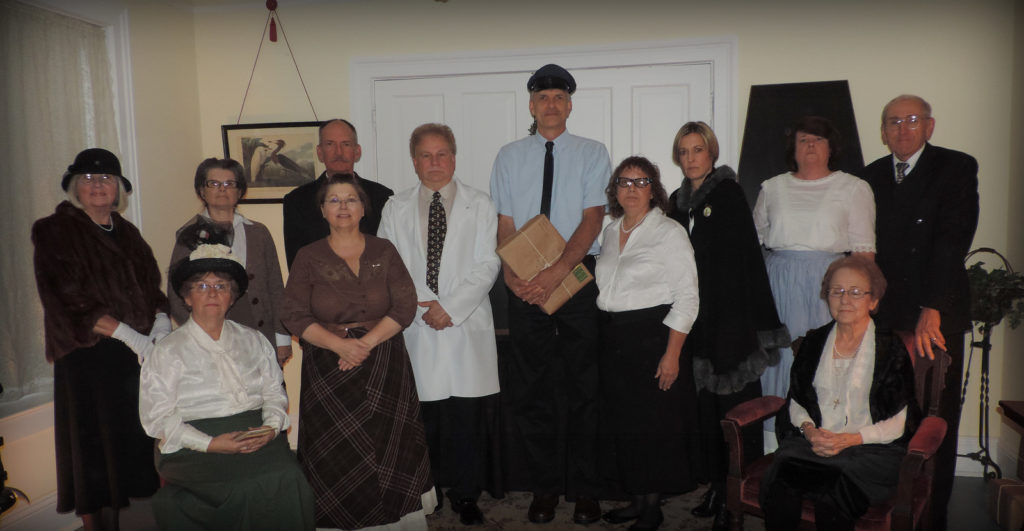