This web page details background, history, and the successful Union Soldier Statue Restoration Project. Although the statue has been restored and is once again standing tall in Union Cemetery, the Society continues to raise funds for the perpetual care and enhancement of the Veterans Concourse which surrounds the statue. Examples of anticipated future fund use include: enhanced landscaping, periodic flag replacement, and electrical/lighting maintenance. All donations received will be held under the stewardship of the Crystal Lake Historical Society. The Society will continue to work closely with the American Legion and Union Cemetery Board of Directors to determine maintenance needs. 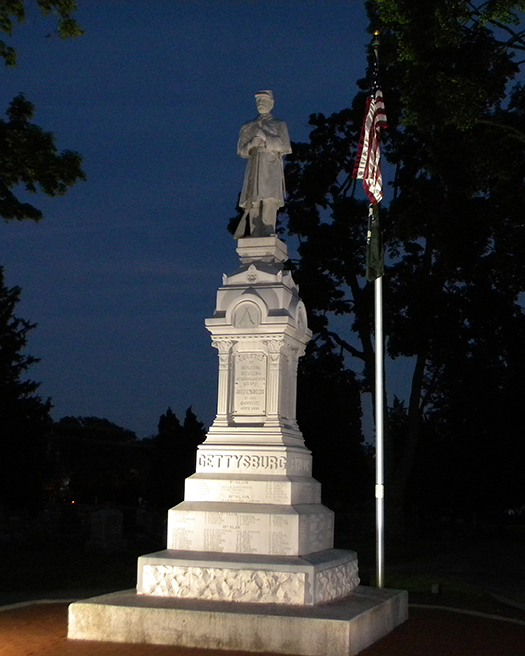 Brick pavers are being offered to honor United States veterans of all eras. The engraved brick pavers are placed in the Veterans Concourse surrounding the Union Soldier Statue.

OR you can order your brick paver through the Society’s eStore online. In addition to the engraved brick paver for the Veterans’ Concourse, you will receive:

Each 4″ x 8″ brick paver will be engraved using state of the art laser technology with a lifetime guarantee to never fade, chip, oxidize or peel. This lasting tribute will be a physical demonstration of your sincere appreciation of your veteran’s efforts. 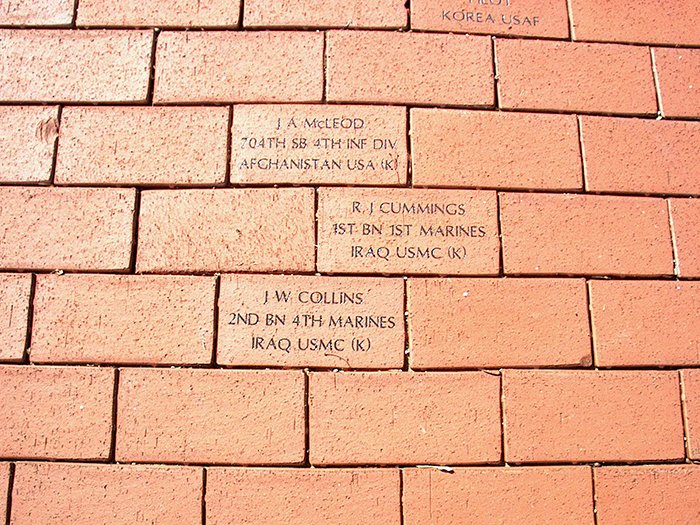 Just off Woodstock Street in the heart of Crystal Lake stood a faithful Union Soldier, cast in zinc, which had been steadfastly on guard for well over a century. He has performed the mission assigned to him on September 11, 1889 when, according to the plaque on his base, he was “ERECTED BY GRATEFUL CITIZENS, IN HONOR OF THE BRAVE DEFENDERS OF OUR COUNTRY.”

While this monument was originally intended to pay tribute to veterans of the Civil War, it has also served as a reminder of selfless sacrifice and heroism for subsequent generations. Each year on Memorial Day, the citizens of Crystal Lake have marched together and gathered at the foot of this monument to pay tribute to those who have served through many different wars and conflicts to uphold the ideals of our nation. For the current generation to continue this time honored tradition, our challenge is to restore and preserve this memorial now for generations to come. 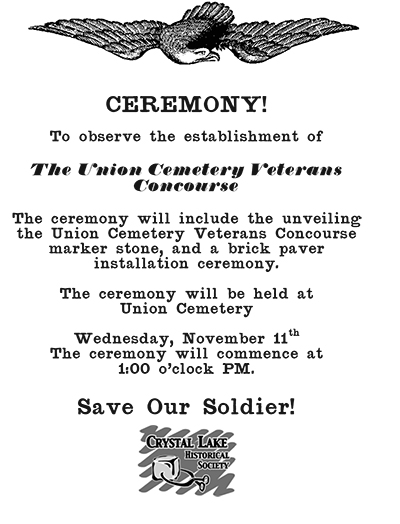 caption: This early postcard image shows the statue (circa 1905)

The years had not been easy on this Union Soldier. The structural integrity of the statue has been compromised by exposure to the elements. Cracks have formed and water has infiltrated the interior of the monument. The base was bulging from the stress, and the figure of the soldier was leaning backwards in a precarious position. An art conservator who inspected the monument urged that we take the statue down before it falls and is irreparably damaged.

Additionally, at some point in its history, the musket was stolen from the soldier’s arms. 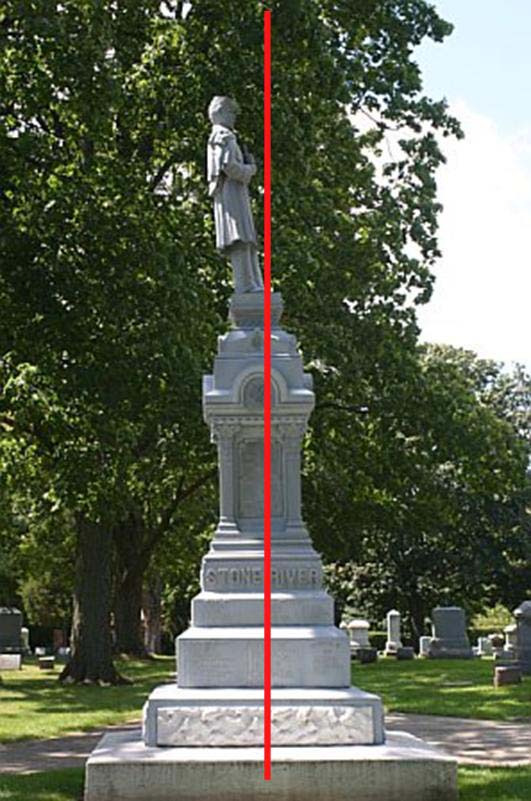 The Union Soldier Statue was leaning backwards at an alarming angle! The decision was made to remove the statue BEFORE it fell down and was irreparably damaged.

The statue removal was marked with a “Guard Relief” ceremony on November 10, 2006. Art conservator, Andrzej Dajnowski was on-hand to oversee the removal operation. A local roofing company, Copley Roofing, donated the use of a large crane and equipment to allow for safe removal of the statue.

The Soldier was placed into safe storage, until enough funds were raised to start the restoration.

Time, weather and individuals have not been easy on this Soldier, and he was in desperate need of restoration. To organize the means to restore the statue, the Crystal Lake Historical Society formed the Union Soldier Statue Restoration Committee, to work on the project and establish a special fund to cover the costs of the work.

The scope of the entire restoration project included the following work:

The total cost of this restoration effort was approximately $60,000. The cost to restore the soldier sculpture alone was $20,000.

In order to determine the damage to the internal support structure of the statue, x-rays were taken of the statue. These provide a fascinating view of “our” soldier:

Completed Base and Landscape Project

Through the efforts of numerous individuals and organizations, the first phase of restoration transformed the monument base and landscape, including:

Fundraising for the Union Soldier Statue restoration began in 2006 and is ongoing in order to maintain and further enhance the area. In an outpouring of generosity, hundreds of individuals and organizations have donated to the project.

The total cost to restore, rebuild and create the statue, base, foundation, and surrounding Veterans Concourse totaled approximately $60,000.

The William Chandler Peterson American Legion Post #171 was especially generous with their support of the Union Soldier Statue Restoration Project. The Society is grateful to this group of veterans, not only for their service to our country, but for their generosity to this project.A lasting tribute to those who sacrificed for the freedoms we enjoy today. 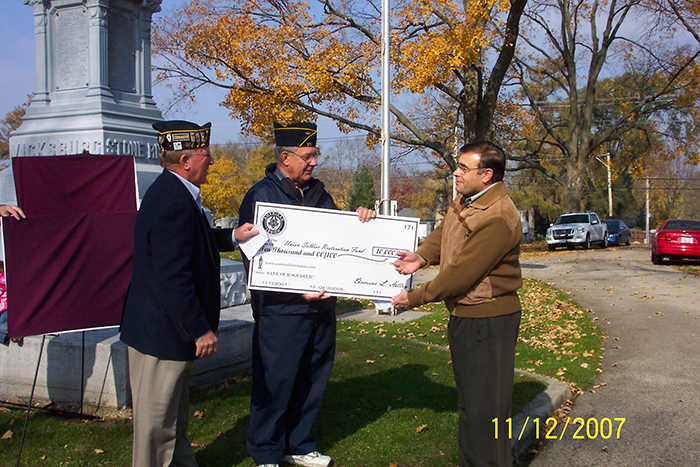 Success!
After six years of fundraising and restoration work, the statue was returned to its place of honor in June 8, 2012.