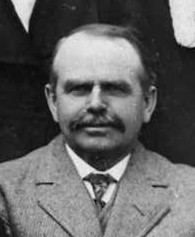 In the early 1900s the name “Teckler” was well-known throughout the Crystal Lake community. Charles L. Teckler was a respected businessman and a prominent citizen. He was known as the “Dean of Real Estate.” A look back into the old newspapers show us many advertisements for available properties, all being marketed by Charles Teckler. Mr. Teckler handled both farm and city properties, doing considerable subdivision work.

Born in Germany on March 16, 1859, Charles Teckler came to the United States and the Dundee-Carpentersville area as an infant. In 1882, he married Elsie Hibbard at the First Congregational Church in Crystal Lake. The young couple lived on the Samuel Foster farm, located south of Crystal Lake. In 1902, Charles started his own real estate business in Crystal Lake, and resided here thereafter. Charles, Elsie, and their three young daughters lived in a large home located at the southeast corner of Crystal Lake Avenue and Walkup Avenue.

In 1904, Elsie Hibbard Teckler died from pneumonia. Left alone with three young daughters, Charles married Carrie Dike in 1905. Carrie Dike Teckler moved into the household, and raised the young girls as her own.

The Teckler family were tireless workers for the First Congregational Church of Crystal Lake. For many years, Charles was the Sunday School superintendent and later served on the Board of Trustees. Carrie Teckler conceived the idea of a Woman’s Club, and hosted its first meeting in her home. Today, that Woman’s Club is still an active part of the congregation, and is known as “Woman’s Fellowship.” One of the stained glass windows in the church sanctuary bears the names “Foster-Teckler.”

His obituary describes Charles Teckler as “one of the most remarkable men ever to reside in Crystal Lake. Intelligent and popular, he made friends and held them. He devoted many years to the welfare of this community and many of the benefits enjoyed today and sure to come tomorrow can well be credited to his constant and often expensive publicity in Chicago and other areas about the community as a place to live. As a realtor, he always placed honor as a number one principle.”

Charles Teckler died August 8, 1946 at the age of 87. Naming one of our streets “Teckler Boulevard” is an appropriate way to honor Charles Teckler’s long life and commitment to our community. 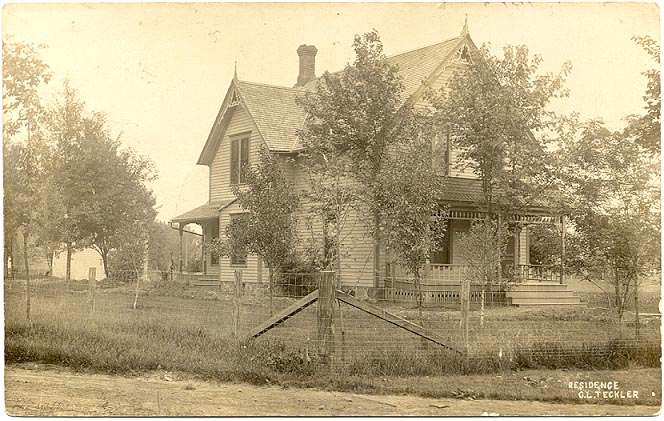