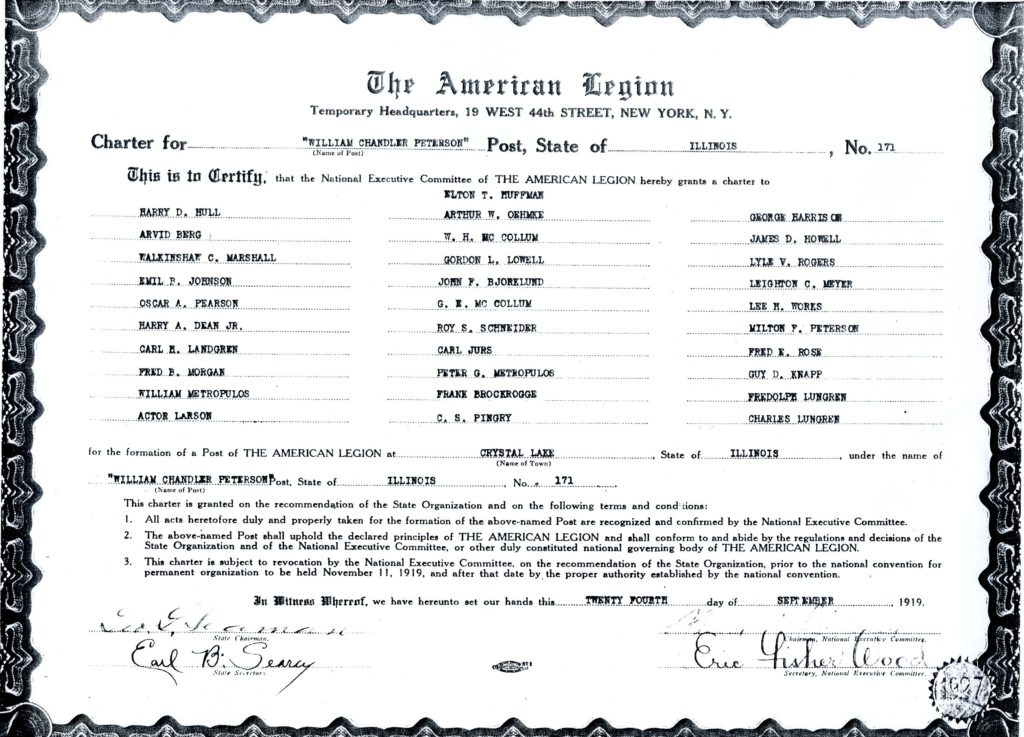 The first commander of the post was Dr. Harry D. Hull, who was a beloved, respected local physician. At the age of 50, Dr. Hull volunteered for service in World War I, serving as a Captain in the Medical Corps.

In August, 1946, the American Legion Post #171 decided to purchase the former Randall property at the corner of Woodstock and Oak Streets. The house was described as, “one of the finest in the community and is large and spacious. It will provide a meeting place, club rooms and space for other needs.”

In 1954, a large addition was added to the American Legion home, at a cost of approximately $60,000. The addition was built onto the northwest side of the original house. It was described as, “a big hall with a stage, modern kitchen, other facilities which will seat from 400-450 persons.” The hall, in addition to serving Legion needs, was available for rental to the public.

In 1998, the Legion home was purchased by the Crystal Lake Park District, remodeled, and converted into a full-service banquet facility known as “Park Place.”

For over 90 years, the William Chandler Peterson American Legion Post #171 has been very active in the community. Other projects the post has been involved with:Donating land for the public library 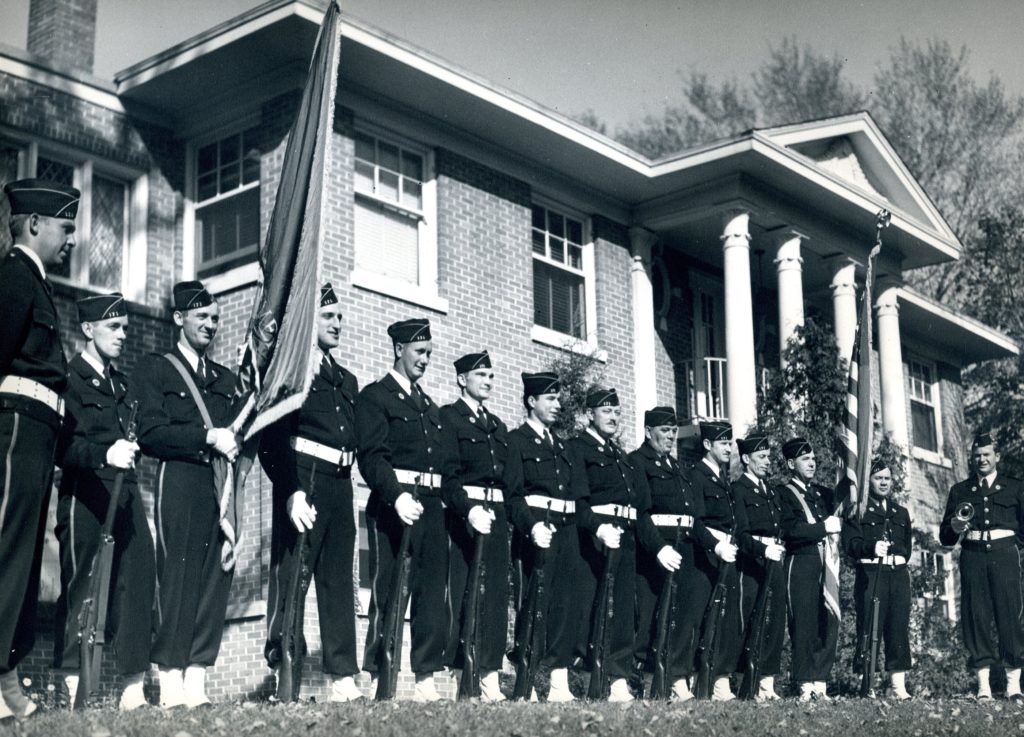