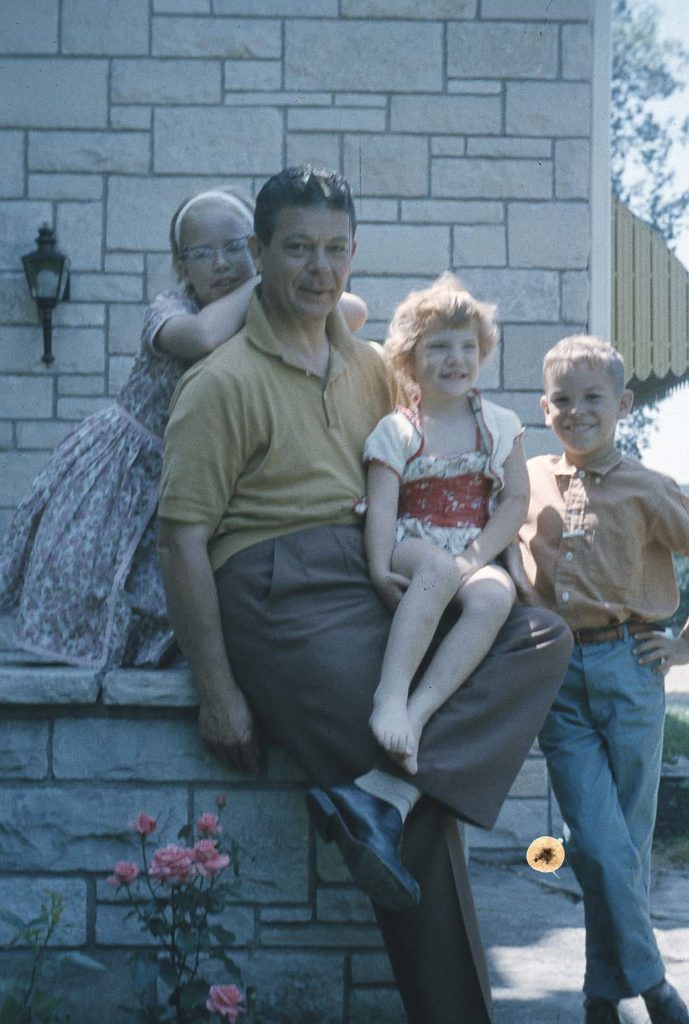 One of the busiest residential streets on the south side of Crystal Lake today is Barlina Road. But it wasn’t always a well-traveled thoroughfare. Just forty years ago, it was an unpaved road, used mostly by local farmers.

The most prominent property on Barlina Road is owned by the Crystal Lake Park District, and is known as Hill Farm Park. The park encompasses 15 acres of land and includes two houses (one very large, one very small), a full-sized barn, and a smaller grainery. A portion of the park is used for community gardens, where residents rent and maintain garden plots for their own use. The Park District’s pre-school program operates out of the large house, which is known as “Barlina House.”

In 1960, advertising executive, Ivan Hill, purchased 160 acres of land (and leased an additional 40 acres) on the south side of Crystal Lake. Ivan, his wife Joan, and three small children moved from their home in Winnetka to Crystal Lake in order to run the dairy farm. Ivan continued to commute to Chicago to run his advertising agency, while a farm manager handled the day-to-day operations of the large farm. The Hill’s farm had 96 head of Holstein dairy cattle. Joan managed the finances; but Ivan bought, sold and decided the breeding regimes for the herd.

Ivan Hill named his farm after his three young children: Barry, Lisa, and Nina. It was known as “Barlina Farm.” The two oldest children were active in the local 4-H Club. They showed calves and cows at county and state fairs throughout the region. They also helped out around the farm by painting barns and fences and tending a large vegetable garden. Lisa claims that they also grew the “best raspberries in the world!”

Barlina Farm was originally in the county (not the city limits). The county suggested to Ivan that he should change the name of the road. They said that often roads are named for the farmer (Ackman, Bard, Miller, etc.). Ivan thought there were already too many “Hill Roads.” So he named the road after the farm, “Barlina.”

In 1965, Ivan retired from the advertising business. The herd of cattle was auctioned off in March, 1965. The machinery was to be auctioned in April. It was on display in the farmyard for neighboring farmers to examine when the area was hit with a devastating tornado on Palm Sunday, 1965. Barlina Farm lost one building and every inch of fencing in the storm. The barn’s roof had been lifted up (but not off). The lilac bushes between the big house and manager’s house were laid flat, and one of the big house’s metal awnings had been torn off and carried a half mile down the road and wrapped around a tree.

Ivan Hill sold Barlina Farm in 1969 to real estate developers. In 1972, 15 acres of the farm, including the buildings, were donated to the Park District. The remainder became part of Coventry West and Four Colonies subdivisions.